Siddha Medicine is a system of traditional medicine originating in ancient South India.

Generally the basic concepts of the Siddha medicine are similar to Ayurveda. The only difference appears to be that the siddha medicine recognizes predominance of Vaadham, Pittham and Kapam in childhood, adulthood and old age, respectively, whereas in Ayurveda, it is totally reversed: Kapam is dominant in childhood, Vaatham in old age and Pittham in adulthood.

Siddha medicine combines physical and breathing exercises, mind training, emotional detoxification and nutrition. It aims to treat the person, rather than the disease. In Shiv Yog, disease is defined as Dissonance in Ease. Disease or illness manifests into the physical body If a person is holding onto a trauma or anything else that causes unhappiness (either consciously or subconsciously). 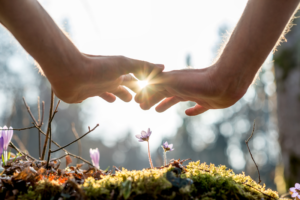 Vaasi Yogam is a Life Energy healing system and it is a holistic practice that activates the body’s subtle energy systems to remove blocks. By breaking through these energetic blocks, the body’s inherent ability to heal itself is stimulated.

Shortcut to all Pages